A painting series – a project about “strangers” and the possibility to find affinities with them. Moving from classic literary feminine figures marked as “foreigners”, I’m trying to elude any cliché, highlighting elements that can bring them closer – and so are my models my daughter and two of my best friends. It’s also a series about the status of women through History, about victim complex and truly being a victim, and about Beauty.

Every single figure has a vast literature I related to, but every painting has for me a stronger connection with a specific theatrical text. A quotation from that text is handwritten on a little paper strip glued on the canvas. 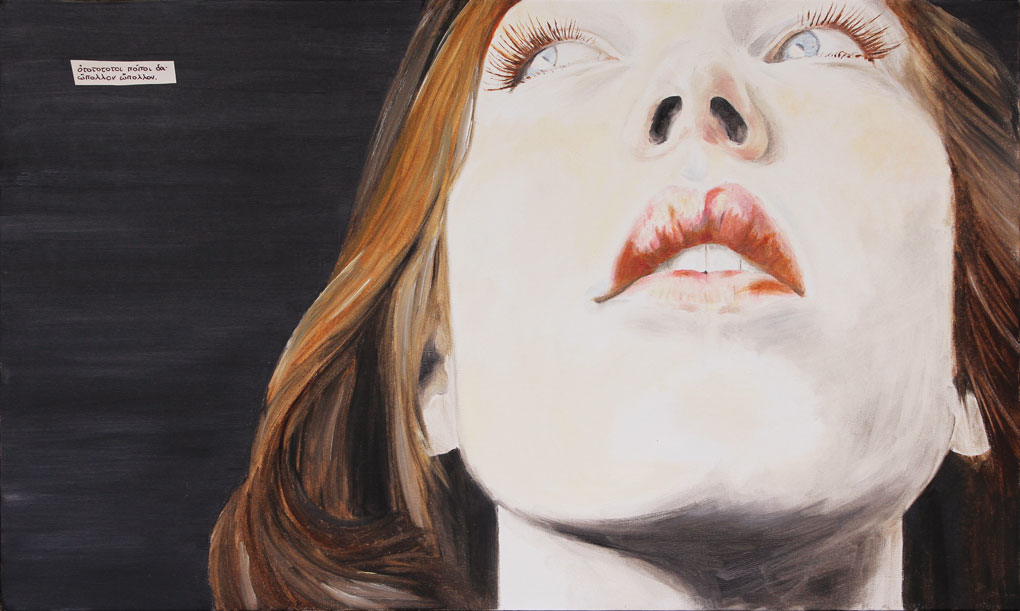 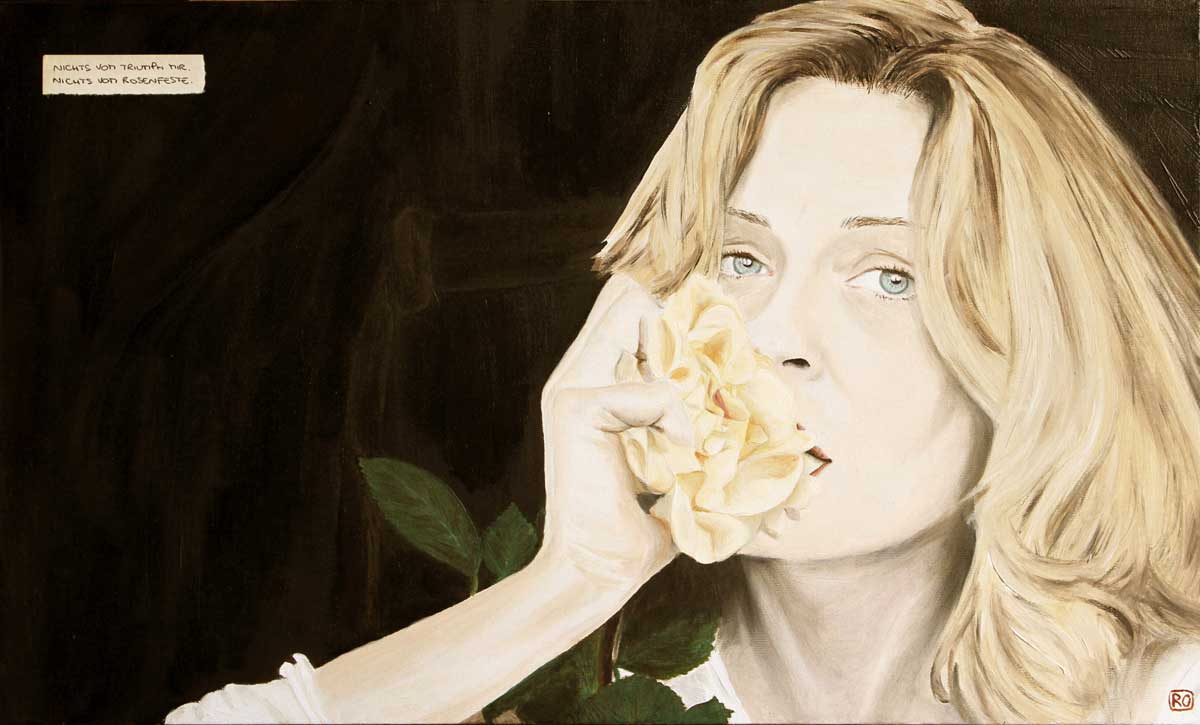 Text: “Nichts vom Triumph mir! Nichts vom Rosenfeste!” (“None of Triumph to me! None of Roses’ Feasts!”) from Kleist’s Penthesilea 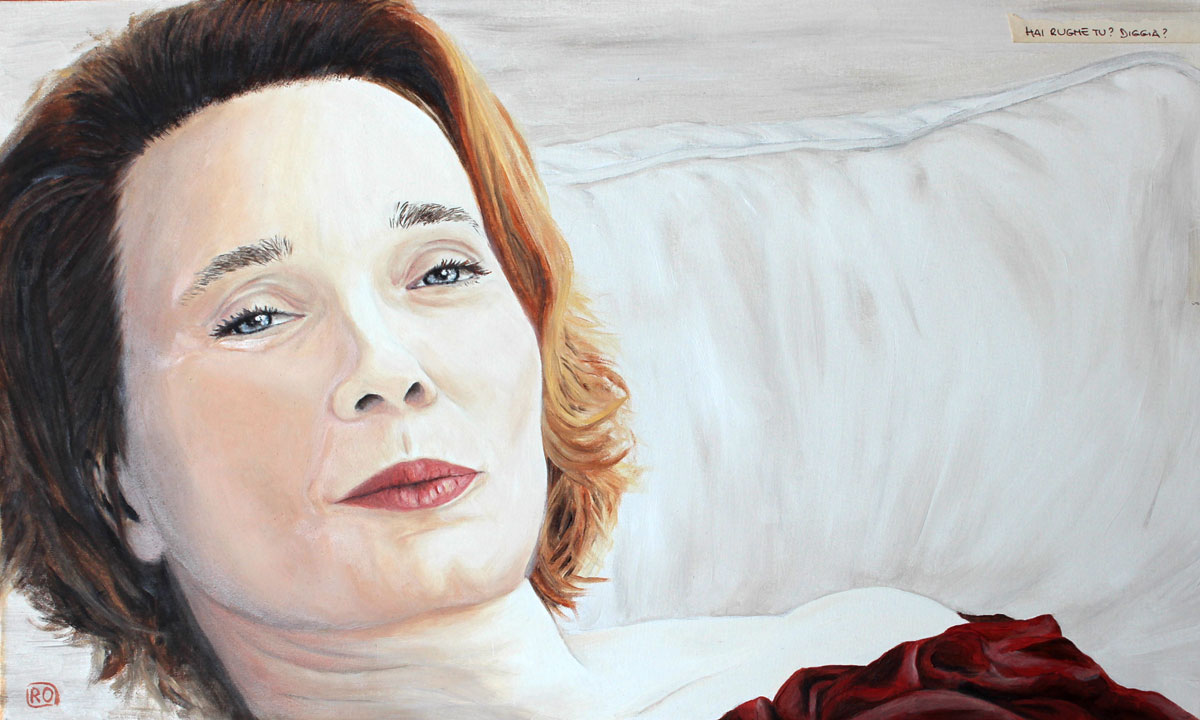